Population decline accelerated in first half of 2019 in Latvia

july 18, 2019, 15:00
Society
Authors: eng.lsm.lv (Latvian Public Broadcasting)
In the first six months of 2019, as the number of deaths exceeded the number of births, Latvia's population declined by 5,431 people, as compared to the corresponding period of 2018 when the negative increase was at 5,213. 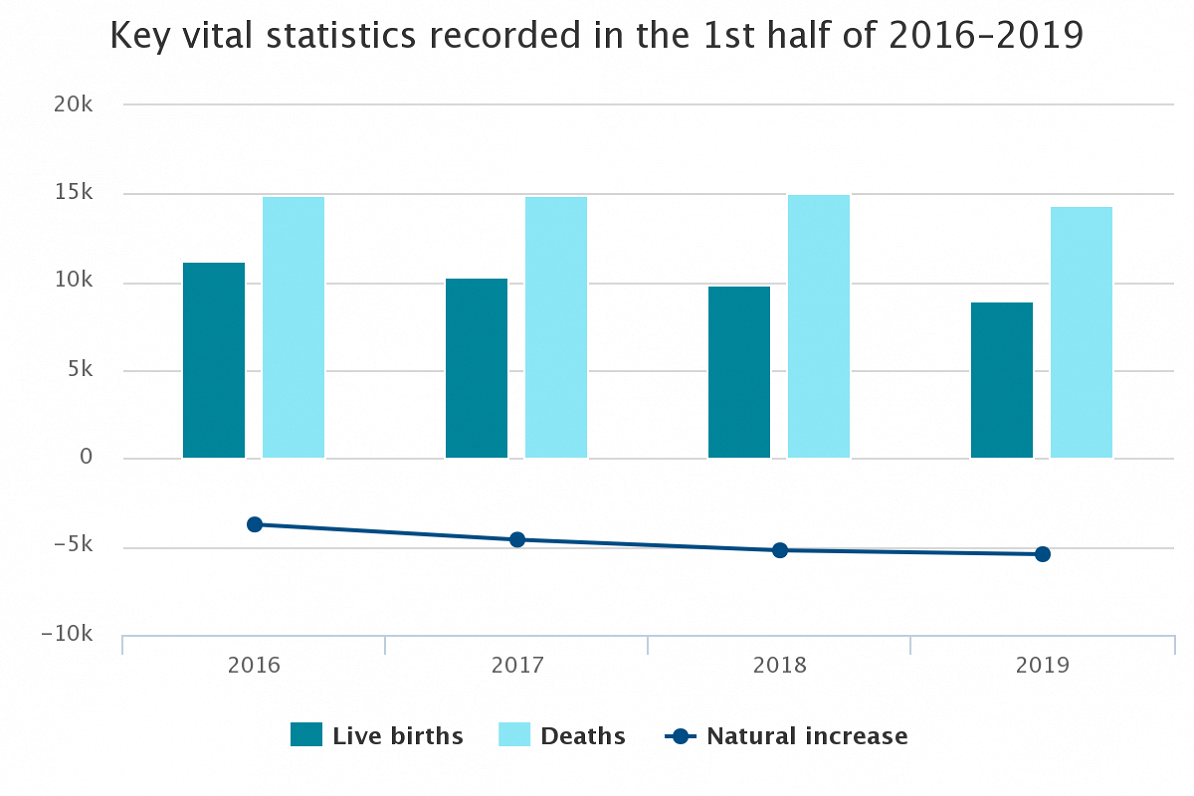 On 1 April 2019, the provisional number of Latvia inhabitants accounted for 1 million 913 thousand. That is according to data by the Central Statistical Bureau of Latvia.

During the last three years the number of marriages has become stable, and on average 13 thousand marriages are registered a year.