The bank's card data shows a 23% reduction in transactions after an initial jump at the start of the coronavirus - likely indicating the point at which people stocked up on provisions.

"Week 11, when the COVID-19 crisis was announced as pandemic, the turnover actually rose significantly in all three countries, with consumers frontloading expenditure and stocking up on products," said Swedbank, before adding: "Starting from week 12 – the first full week of an emergency situation in the Baltics – the volumes of transactions have been falling. However, the fall seems to have levelled off."

The drop in total card transactions in the first three weeks of the second quarter (compared to the same period in 2019) reached 19% in Latvia and 30% in Estonia and Lithuania.

"Card spending, excluding food and miscellaneous stores, was down 30% in Latvia and around 50% in both Lithuania and Estonia, likely reflecting the differences in the strictness of quarantine measures," Swedbank said. 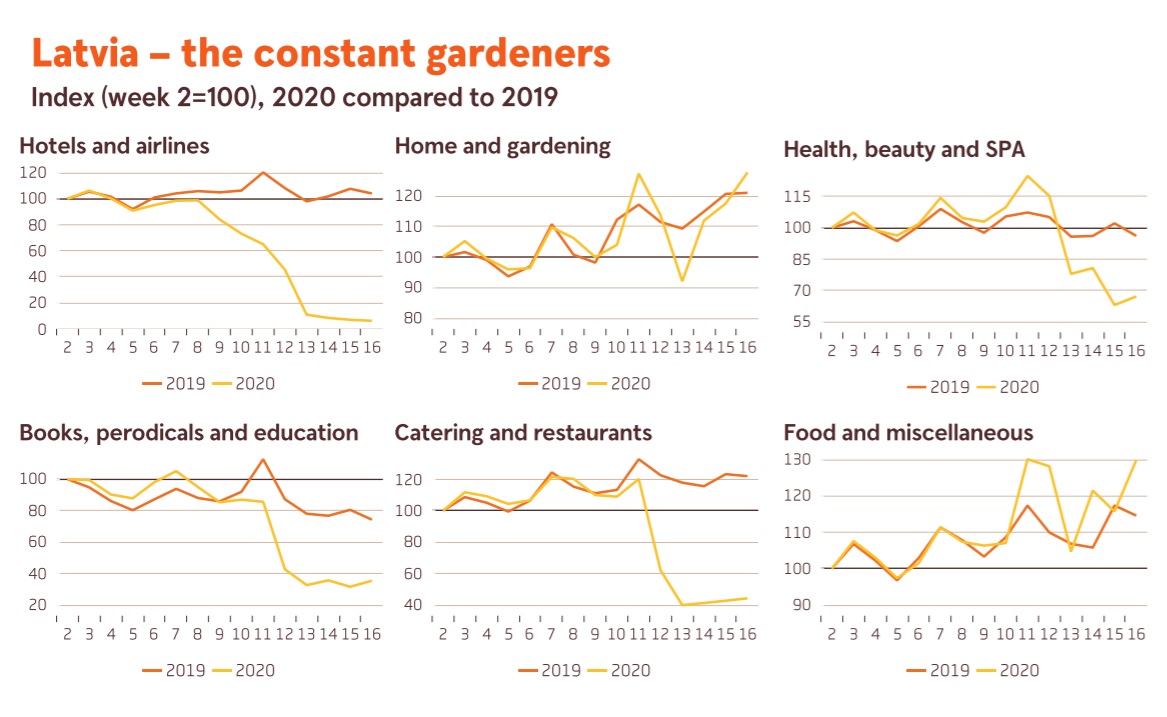 Point-of-sale data show that the most affected sectors in the Baltics have been airlines and hotels, where activity has almost entirely disappeared. Restaurants and clothing stores were also hard-hit. In contrast, food spending has increased "substantially" in Latvia.

Latvia's slightly less intense form of lockdown appears to have had some effect in reducing economic damage, too.

"In Latvia, where restrictions have been less strict, the fall in such sectors as health and beauty and transport is less pronounced, and there is even an increase for home and gardening observed. However, even though restaurants are mostly allowed to operate in Latvia, the fall has been comparable to Lithuania and Estonia, suggesting that consumers prefer to stay at home," the report said.

According to the research, while Latvians are gardening, Estonians are eating and Lithuanians are gambling.

The full report is available to view online.